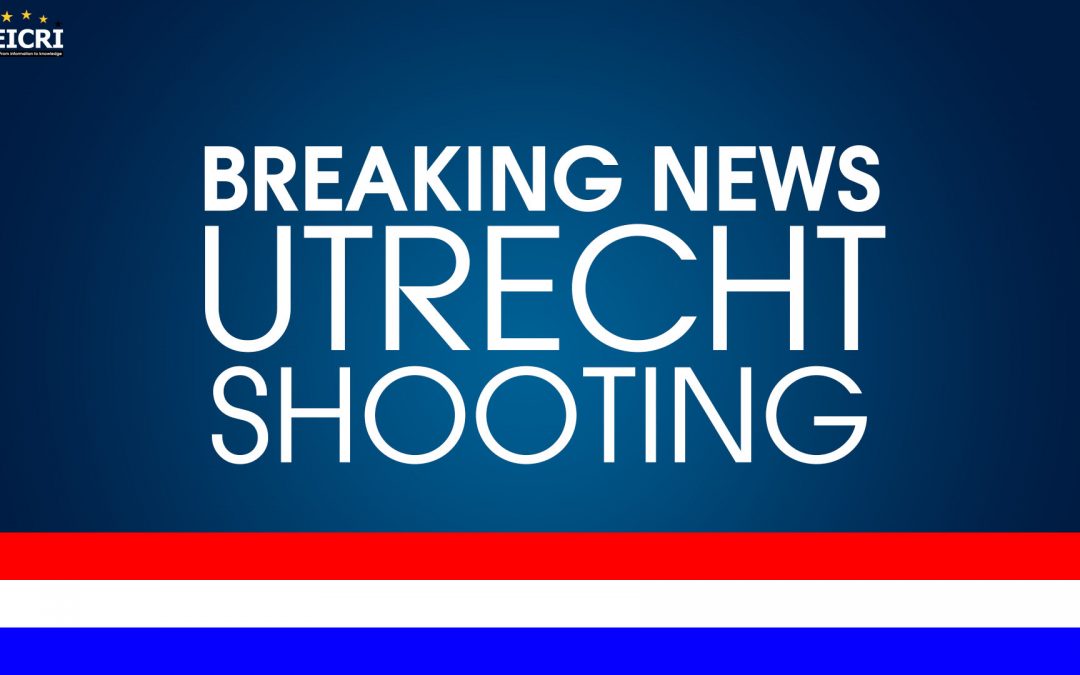 EICRI (THE HAGUE) IS BRINGING YOU THE NEWS OF THE SHOOTOUT AS IT UNFOLDS IN UTRECHT. FOLLOW OUR TWITTER FEED AND LIVE BLOG FOR THE LATEST ON THIS EVENT. This live blog has ended on march 19th.

A shooting took place in Utrecht, the third largest city of the Netherlands on monday march 18th 2019. As reported on our Twitter live feed, the Dutch Counter-Terrorism force was quick to respond to the news of a possible ongoing terror attack. It appears that the situation has more to do with honor killing.Read ahead for more information

No signs of terrorism, possible murder

EICRI was the first to report that the possible “terror attack” in the Utrecht tram may not have been a terror attack, but a plain murder, the result of possible problems in the relational spheres.

Why did the Dutch government raise the threat level to the highest level in Utrecht?

First reports told us that someone fired randomly at commuters inside of the tram. It now seems that the shooter aimed for one woman in particular and fired his guns on those in the tram who wanted to protect or help the woman.

Why were the mosques in Utrecht forced to close, and why was police protection called for mosques countrywide?

The attack on the tram happened just one mile away from the Eyüb Sultan Mosque, a Turkish mosque in Utrecht. Rumours began to spread that the attacker was on its way to this and other mosques, which in turn forced the Utrecht City Council in conjunction with the NCTV to call for the closure of all mosques in Utrecht. The NCTV is the Dutch National Counter Terror and Security instance. As a precaution, mosques around the country received police protection.