Doing International Business in the GCC as a Dutch woman 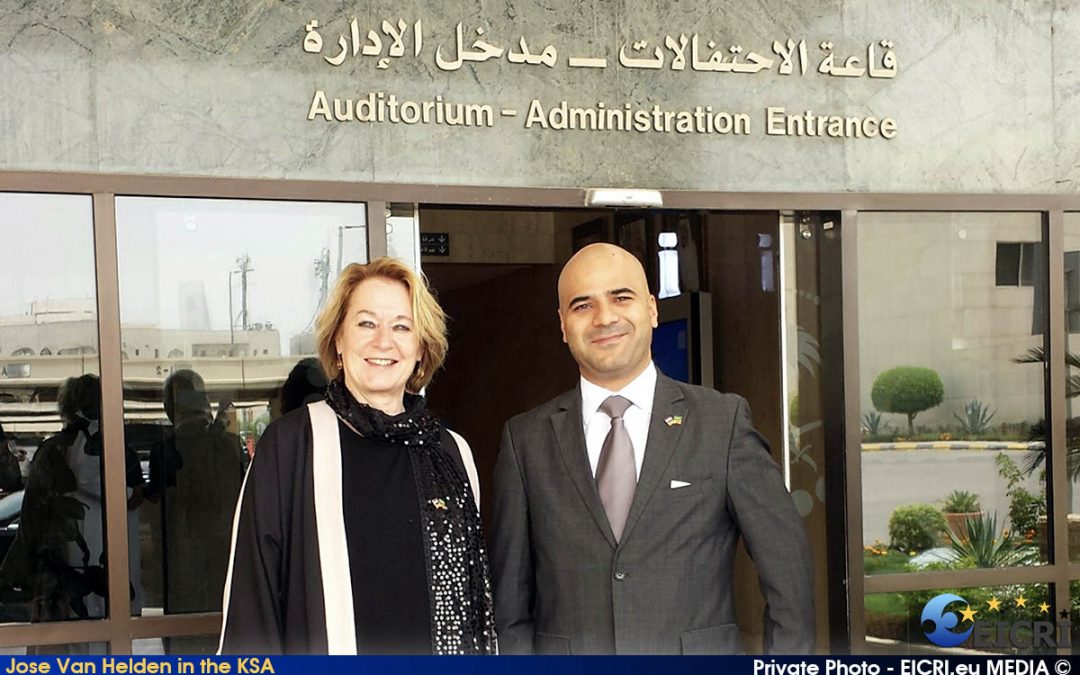 EICRI INTERVIEW Tilburg – To increase the understanding between those from the West seeking trade opportunities in the GCC region, and vice-versa, EICRI has interviewed José van Helden. José van Helden runs Van Helden International Business, a consulting agency that specializes itself in Business to Business with trade, investment and Real-Estate projects.

José van Helden began her entrepreneurial journey in 1998, when she launched an ISO-certified homecare business. With  years of experience and having an own vision in the healthcare-sector, starting her own business made more and more sense. The company was growing to 900 clients and 80 employees. José stopped working in the healthcare and began offering her services in guiding people who were in changing processes. Cliënts also came from the Kingdom of Saudi Arabia, the United Arab Emirates and China. Because some of the clients were entrepreneurs, she gained their trust, they requested her to work for them in the B2B.

As more clients came to José for her services, José remarked that during the conversations she and her clients have, the need for more intercultural understanding was necessary. One of her Saudi clients advised her to visit the UAE to experience the business climate there.

On a businesstrip the the Kingdom

José was invited to join the Dutch entourage during a business trip to Riyadh, Saudi Arabia. José represented several Dutch companies during this trade mission and exhibition.

“I was surprised by the hospitality, sympathy and respect the Saudi’s gave me”.

The ‘Female Enterprise’ in Saudi Arabia

A remarkable discovery by Jose was that a lot of entrepreneurs were female instead of male. According to CIA research, women outnumber the males in the Kingdom when it comes down to entrepreneurship.

The ruling general population’s view in the West is that Arab women in the Middle East are not very active in entrepreneurship.

The vision of José is: “bring the best of two together, put shoulder to shoulder to get a good result and learn from the things that can be approved”.

“We need to learn from each other’s culture”.

Concerning building lasting trade ties with Arabs, José continues: “A common mistake by
(Dutch/European) businesspeople is that they do not expect that a relationship of confidence takes years to achieve.”

José looks forward to help female entrepreneurs from the Middle East in doing business in European countries, like the do’s and don’ts. One of her wishes on the next trip to Saudi Arabia is to visit the Saudi heritage and natural parks outside of Riyadh.

Apart from walking in the nature, José has another hobby: writing Haiku’s (a form of poetry). José usually writes down a couple of Haiku’s which together form a story. Here’s one Haiky story, inspired by the Middle East:

Are they looking at
His people and his province?
Wisdom? Happiness?

I am looking at bright brown eyes, they meet each other
The prince and his horse

A poem by José van Helden.

We hope that this article has helped you, our reader, to understand how a Dutch woman experiences trading with another culture.

EICRI and José van Helden International Business are working together to achieve a better understanding between the two cultures. We organize (business) workshops and training on several topics such as life science, inter-cultural diversity and understanding, healthcare, real-estate and general consultancy. Contact us for more information.