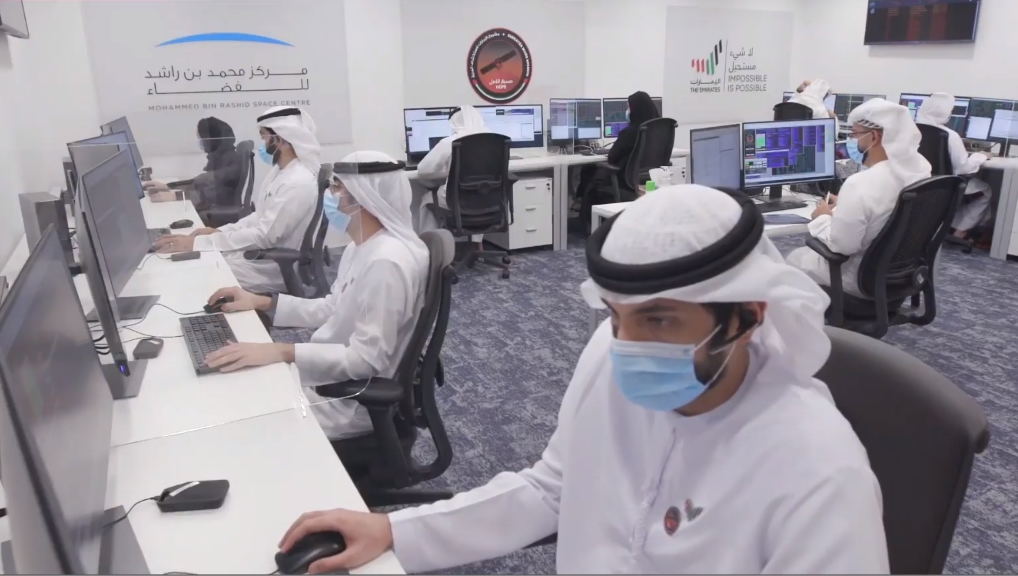 EICRI Dubai – The United Arab Emirates have successfully launched the “Hope” (Al Amal) probe to Mars from Japan. The Al Amal probe will spend seven months cruising through space on its way to Mars before arriving in orbit of the Red Planet in February 2021. The mission is the first true weather satellite to be sent to Mars, and the first Arab Mission to the Red Planet.

‘EMM is go for launch’

More approvals have been received at mission control centre in MBRSC.The team is communicating with the team in Japan and their partners at the University of Colorado Boulder in the US.Omran Al Sharaf, the project manager of the mission, has given a green light for lift-off.