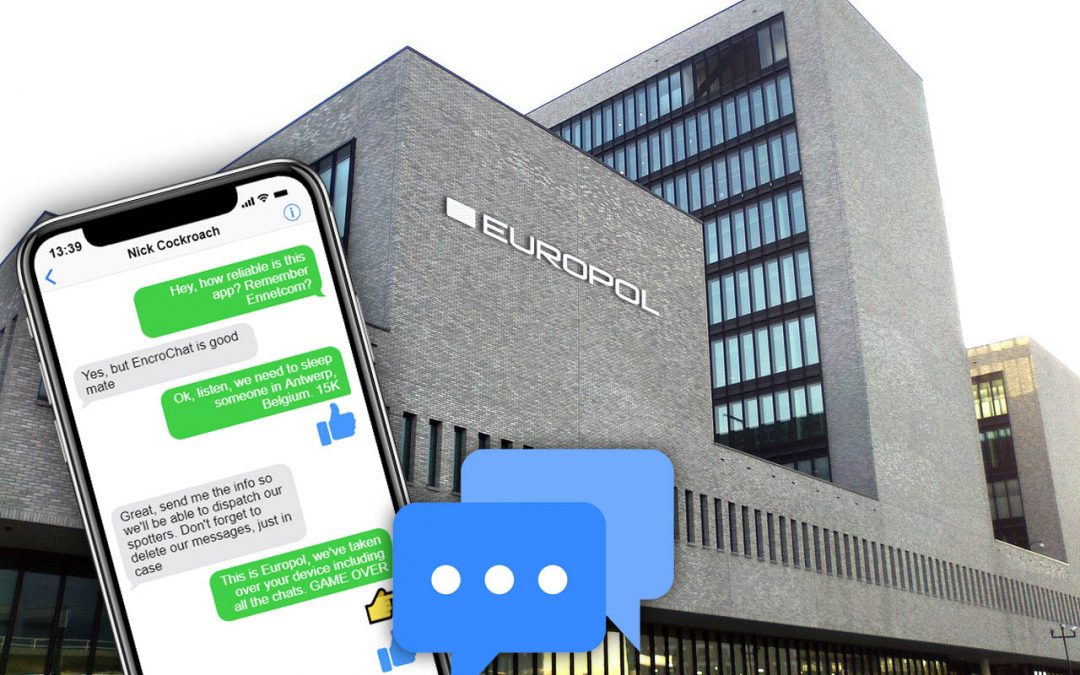 Just a couple of results that were publicized at a joint press conference. Dutch and French law enforcement and judicial authorities, Europol and Eurojust, are presenting the impressive results of a joint investigation team (JIT) to dismantle EncroChat, an encrypted phone network widely used by criminal networks. Around the same timeframe, the UAE arrested multiple criminal European-GCC leaders in conjuction with European counterparts.

Over the last months, the JIT made it possible to hack into and intercept, share and analyse millions of messages that were exchanged between criminals to plan serious crimes like murder, kidnapping and drug trafficing. Multiple ongoing criminal activities were interrupted by lokal police forces across Europe.

This isn’t the first time that a PGP/cryptophone, or “secure encryption technique”, was dismantled by the Dutch (and Canadian) police: Ennetcom saw the same faith in 2016.

Since 2019, the UAE has been very active in arresting high-ranking criminals inside of the UAE. With the arrest of Ridouan Taghi, many of his counterparts felt the need to secure a new hideout as Dubai and the United Arab Emirates as a whole would not function as a save heaven for criminals.

In June, Amir Faten Mekky, another criminal gang leader, was arrested in Dubai. Mekky’s network holds close contact with Ridouan Taghi’s “Angel of Death”-brigade. Mekky is seen as the financial man of Taghi. Danish officials have reacted positive about the new arrest.

Recently, the Dubai Police has arrested the two wanted fraudsters, “Hushpuppi” and “Woodberry” along with ten African cybercriminals in a special operation dubbed “Fox Hunt 2”.The operation took down the suspects for committing crimes outside the UAE, including money-laundering, cyber fraud, hacking, criminal impersonating, scamming individuals, banking fraud and identity theft.The suspects were caught in a series of synchronised raids by six SWAT teams from Dubai Police who foiled the gang’s bid to deceive many people from around the world and steal their money.

The Director of the Federal Bureau of Investigation (FBI), Christopher Wray has praised the exceptional efforts exerted by the United Arab Emirate, represented by the Dubai Police General HQ, in combating transnational organised cybercrime including the recent arrest of Raymond Igbalode Abbas, known as “Hushpuppi” and Olalekan Jacob Ponle aka “Woodberry” who were taken down in operation “Fox Hunt 2”.Mr Wray also extended his appreciations to Dubai Police for their cooperation in extraditing the wanted criminals, who committed money-laundering and multiple cybercrimes, to the United States.

These latest results may give criminals a signal that, no matter where they are or which tools they’re using. The justice apparatus will find them and bring them to justice.