Entrepreneurs gather in the Hague for the Gulf Business Dialogue 2019 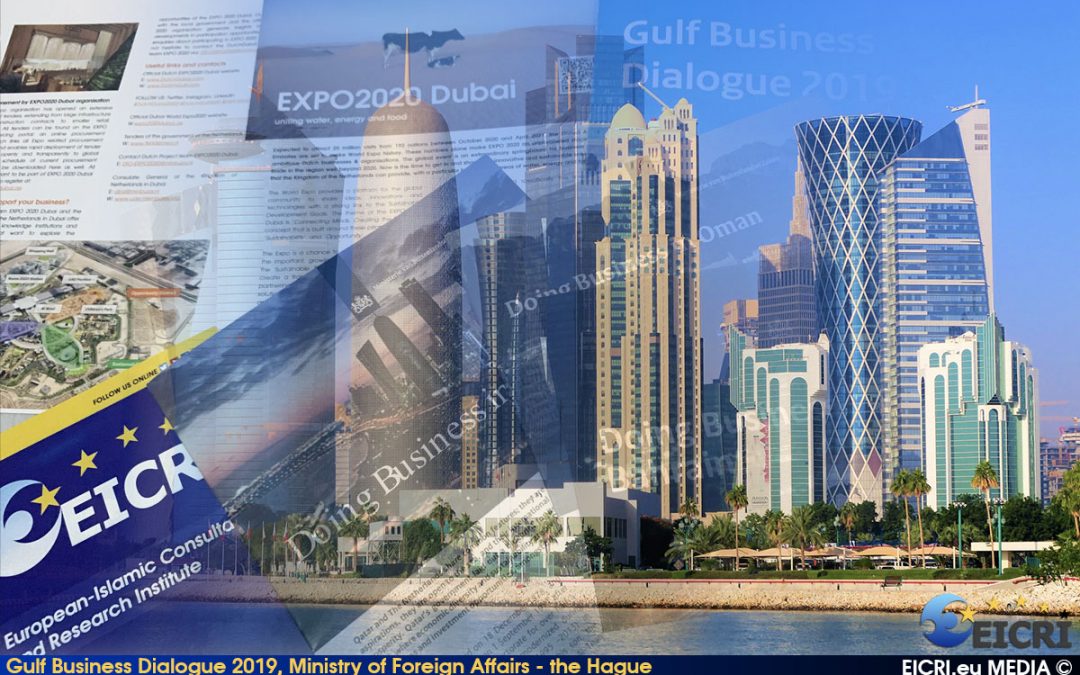 EICRI REPORT – THE HAGUE :: Interested entrepreneurs, NEXUS-oriented multinationals and others gathered on september 27th 2019 in the Ministry of Foreign Affairs building in the Hague for the Gulf Business Dialogue 2019. A perfect opportunity for the West and GCC-oriented business to learn from one another. The event was hosted by Jules Gerzon of the RVO, the Dutch Enterprise Agency, and provided those interested to parttake in several keynotes and break-out sessions concerning trading with Gulf States.

The Gulfrerion is an interesting market for Dutch Entrepreneurs: numerous Dutch SRE and Multinationals have invested heavily in the region. The Dutch agricultural sector export to the Gulf states was worth over 1.41 billion euro’s, over $1.6BN in 2018. The different markets in the Gulf are growing rapidly, with the agriculture, logistical, water, energy and food sector on top of the list.

The represented countries during the event were the United Arab Emirates, Bahrein, Kuwait, Saudi-Arabia, Oman and Qatar.

Announcement of eVisa for Saudi-Arabian tourists

During the event, the Saudi Ambassador to the Netherlands, H.Em. Mr. Abdulaziz Abdullah Abohaimed, announced the launch of the new eVisa program. The new eVisa regulations will allow visitors of 49 countries to visit the Kingdom from this day onwards with ease.

The venue also e a presentation and information on the Netherlands’ participation in EXPO 2020 Dubai World Exhibition. For six months, the Netherlands will show its smart and innovative solutions on the theme of ‘uniting water, energy and food’ at its Dutch Pavilion.