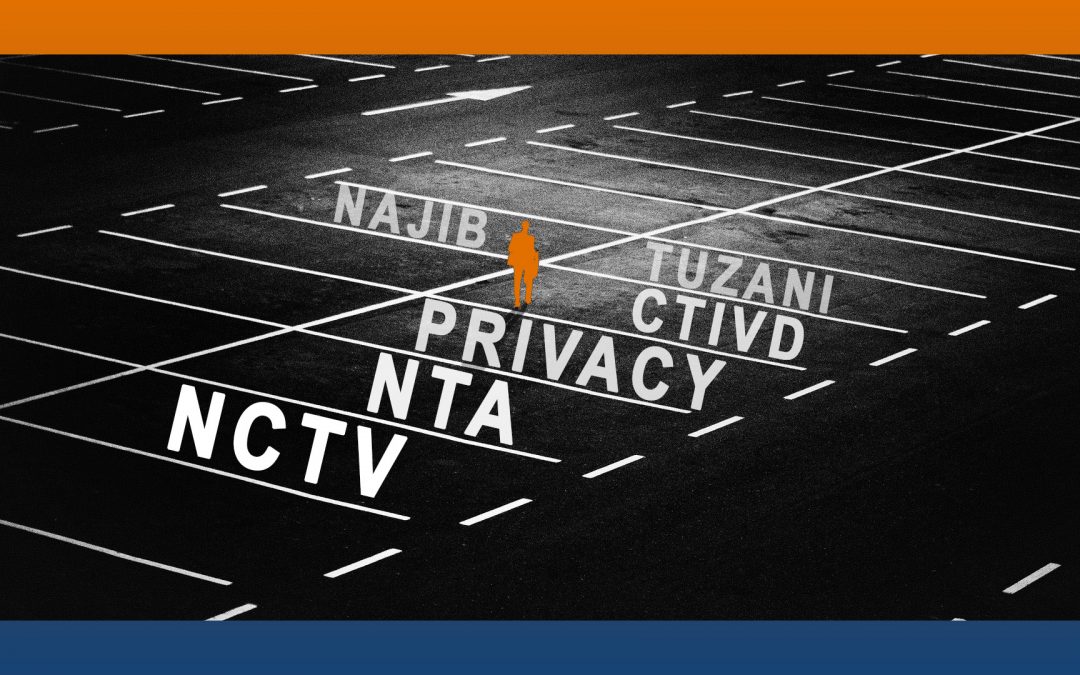 EICRI THE HAGUE – Dutch municipalities, via the Dutch National Coordinator for Security and Counterterrorism, had a company conduct covert investigations for years in, among other things, mosques – which is not allowed according to Dutch law. The organizations which were investigated speak of a major breach of trust between them, the muslim community and Dutch government institutions.

Mosque Al Mouahidin in Ede is controlled by six men. Just take a look: their portraits, grainy and fuzzy. The men come from ‘the Metalsa tribe’ from the northern Moroccan region of Al Hoceima. The boardmembers are first-generation migrants and have been in place for years. They have “a strong ego” Their low education causes “a lack of political sensitivity.” As a result, Salafists have managed to penetrate the mosque administration and “further established themselves by making themselves indispensable”.

The status of all this information: SECRET – it is written in red capital letters on the front of a report. The study of 32 sides was commissioned by the municipality of Ede and concerns the Turkish and Moroccan inhabitants of the city. The municipality finds the Muslim communities in Ede inaccessible. But how do the researchers find out that ‘a closed circuit and network’ of imams and speakers operates in the mosque, which persons in the city are related to each other, who runs which websites? That an Islamic school administrator also works in the military, and what did he do before that?

How do they know what the mosque-goers think?

The answer can be found in the report itself: the researchers base themselves on ‘field research‘ at ‘various social and religious organizations’ in Ede. That fieldwork, NRC discovered, is done in secret. At least ten municipalities have hired a private investigative agency in recent years to conduct undercover investigations into religious organizations. For example, an employee goes to an Islamic institution and pretends to be a visitor who comes for prayer, a lesson, a sermon. He does not introduce himself by name or position, speaks with mosque-goers and prays, according to documents and conversations with those involved.

It provides insightful reports from this agency, NTA (‘Nuance door Training and Advice’), founded and led by former police officer Najib Tuzani. It provides municipalities with a wealth of information about Islamic leaders and organizations in their city. Only, the research practices have been hidden for all these years—from the public, from city councils, and from the surveyed communities themselves. There is a reason for this: according to experts, the method is prohibited by law…

When people from the Netherlands start to leave for Syria in 2013, the Dutch government felt powerless. Hundreds of young people joined foreign fighting groups. The fear is that after training, they will return to their homeland to carry out attacks like the Utrecht attack. Municipalities and the police do not know what to do with it. They hardly have a picture of radical networks. Knowledge and policy are lacking.

Terrorism coordinator NCTV convenes a group of Islam experts: youth workers, civil servants and theologians, mainly with a Moroccan background. The NCTV, responsible for counter-terrorism, wants their help and advice. One of these men is Najib Tuzani. He is then in his late twenties, police chief in Utrecht and a Muslim. Where in the following years one expert after another drops out – one becomes involved in a criminal case, another turns out not to be so expert – Tuzani (beard, tailor-made suit) makes himself indispensable. According to those involved, he is smart and friendly and knows what he is talking about.

Tuzani helps the NCTV to set up a local approach to radicalization in municipalities and trains civil servants to, for example, recognize signals of radicalization and to have conversations with imams. He stops as team chief at the police and as soon as the local approach is in place, he expands his practice. More former police officers, as well as religious scientists, theologians and an anthropologist, join his consultancy firm NTA (also Najib Tuzani Advice), which he started on his own. NTA grows into a company with forty employees, located in a sand-colored office villa in Deventer. It will mainly focus on supporting municipalities.

“Observing should only be done in places where people can “reasonably expect” to be watched by strangers.”

NTA has found a new gap in the market. Municipalities are responsible for the local fight against radicalisation. To perform that task, information is needed. Which inhabitants are radicalising? Who can help them resist? Islamic communities have that knowledge. But there’s one problem: municipalities are often far from that. The average local security officer consults with a mosque about parking problems, but otherwise?

And there is another problem: the law does not allow municipalities to simply investigate citizens or communities.

“We have worked so incredibly hard in recent years to ensure that the police and the municipality could freely enter our mosque. We always said to critical young people: you can trust the government, they trust us too. What am I supposed to tell them now?”

And then there is NTA. In contrast to the municipal officials, NTA employees do go outside, to mosques and they come in. They hang out, speak to visitors, administrators and religious leaders and investigate what they are doing and saying on social media. In this way, the agency knows in detail what is happening in Islamic communities.

Terrorism coordinator NCTV points out to municipalities the special qualities of this company. Those who are concerned about radicalization would do well to have NTA come by, is the advice. There is also money for it: the NCTV distributes around 7.5 million euros annually among municipalities for their approach to radicalization. NTA’s work can also be paid from this.

For example, many municipalities ended up with NTA in recent years. A tour of twenty-five municipalities that are dealing with radicalization shows that twenty are collaborating with the research bureau. Ten secretly instructed NTA to investigate their Islamic communities.

The trigger is often social unrest about an issue. In 2017, for example, Rotterdam has to deal with a fuss about a Salafist teaching institute that wants to establish itself in the city. Zoetermeer reads that year about Salafists who are trying to take over mosques elsewhere in the Netherlands, and sometimes wants to know whether this is also happening in Zoetermeer. Helmond wonders in 2020 whether the local mosque will be financed from abroad. But municipalities also simply want to know more – improve their ‘information position’. A new problem quickly arises: one could easily see in which direction the advice of NTA would go…

One source, residing in Amsterdam, tells EICRI Institute more about the inner workings and way of reporting by NTAdvies.nl.

“For many years, members of the muslim community complain about the subjective one-sided reporting of NTA. This mostly has to do with the religious discourse of NTA and (most) of it’s affiliates. As followers of the so-called Ash’ari-sect, one can easily find the religious directing in their documents and reports.”

Most of the mosques subjected to NTA’s spying activities follow the mainstream (non-denominational and/or Malikite Moroccan) Islam and in several cases a more salafi (disambiguation needed) denomination.

According to a boardmember of one Veenendaal mosque, also subject of the infiltration, the report (editorial note: parts of the report were leaked by the NRC) about their mosque contained “merely untruthful content and conclusions”.

“We regret that this article may affect the reliability of data yet to be collected.”

“The community is truly shocked. Youngsters, eldery; we’re all shocked by the fact that our municipality, who we trusted, backstabbed us in such way.”

If NRC asks questions about the secret reports, municipalities distance themselves from them. Zoetermeer (municipality) says that such an investigation can now be “not substantiated” and would no longer consider it “proportional”. A spokesperson for the mayor of Rotterdam Aboutaleb says that “in the current situation” he no longer opts for the setup of a few years ago. The Leidschendam-Voorburg municipality, where a secret investigation was conducted in 2020, says it has never questioned whether the method complied with privacy legislation. That is what the council is doing now. Almere says it is about to launch a secret investigation and is disappointed with the imminent disclosure of the method. “We regret that this article may affect the reliability of data yet to be collected.”

All these years, NTA didn’t release anything about the classified investigations. As soon as the company knew that an article was scheduled to be published by the Dutch NRC newspaper, it would plan to post an “explanation” on its own site in early October. In it, NTA admits that its researchers participate ‘without identifying themselves’ in ‘prayer services, meetings, lectures, demonstrations, etc. …’.

After NRC pointed out to the agency that a mosque is not a public place where you can just simply observe the visitors, the company adjusted the text on the site this week. It suddenly says that only “online prayer services” and “online lectures” are attended. NTA responded: “We regularly check and update our website.” The company now denies that its researchers are observing in the mosques themselves, but “on the periphery”.

In the Zoetermeer mosque, the chairman says he feels cheated. “We have worked so incredibly hard in recent years to ensure that the police and the municipality could freely enter our mosque. We always said to critical young people: you can trust the government, they trust us too. What am I supposed to tell them now?”