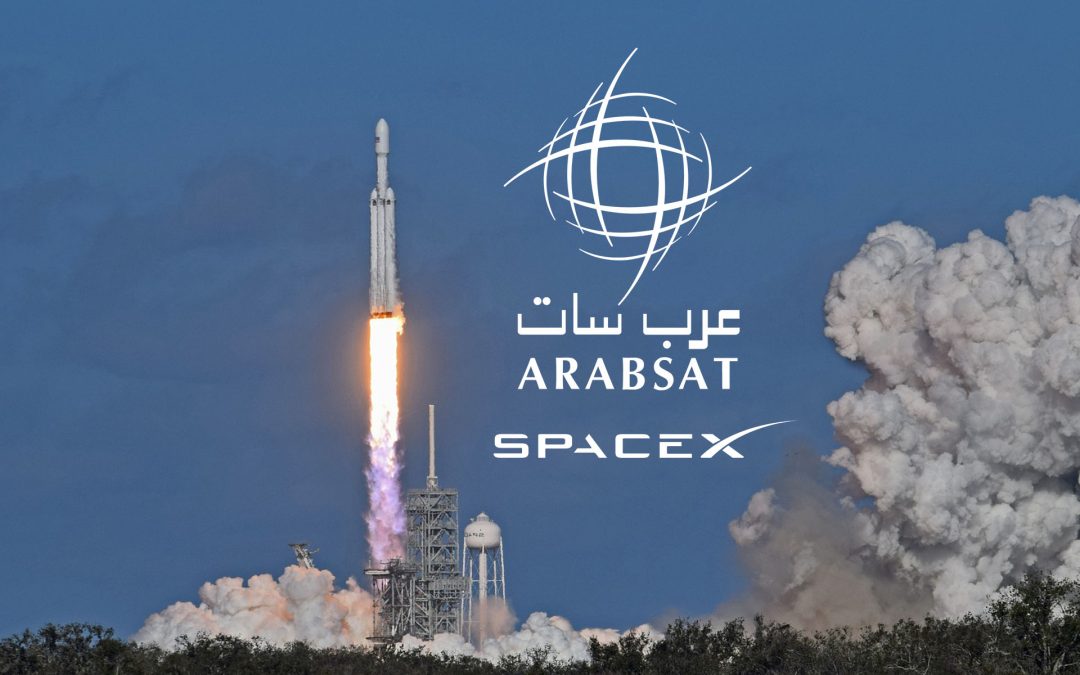 EICRI – THE HAGUE •  The California-based SpaceX aerospace manufacturer and Arabsat, headquartered in Riyadh, Saudi Arabia, have set their eyes on Europe in an upcoming satellite launch of SpaceX’s Falcon Heavy (Block 5) rocket.

Arabsat 6A, the “New Horizon”

Arabsat has signed a contract with Lockheed Martin and SpaceX for the launch of the Arabsat 6A, according to industry officials. The launch is planned not earlier than april 7th 2019 and wil commence from Launchpad LC39a in Cape Canaveral, Florida.

The Arabsat satellite will be based on Lockheed Martin’s A2100 spacecraft bus and will be constructed at the company’s facility in Denver, Colorado.

“This is a great step forward to support both Arabsat and the kingdom’s long-term strategy to provide consumers and commercial customers with robust communications resources,” said Mike Hamel, vice president and general manager of commercial space at Lockheed Martin. “The modernized A2100 satellite platform is ideally suited to their mission of connecting people and societies through reliable telecommunications services.”

The Arabsat 6A and SaudiGeoSat 1 (another satellite recently launched from ESAs French-Guyana location) is a joint project between Greek operator HellasSat, a subsidiary of Arabsat, and King Abdulaziz City for Science and Technology, or KACST. The spacecraft will be positioned in geostationary orbit at 39 degrees east longitude, providing television broadcast and other telecom services to Europe, the Middle East and North Africa.

KACST will lead research and development efforts and serve as a technology partner to a new limited liability company to be set up in Saudi Arabia by Lockheed Martin and and Taqnia Space Co., which is backed by the Saudi government.

Arabsat Mediacoverage is more important than ever. With the modern capabilities of the Arabsat 6A-platform, satellite television, DTH-services and other communications solutions will be delivered to a fast growing market of European Muslims.

Nilesat, another satellite operator which aims at the MEA-region has lost foot in Europe since the biggest user on the Nilesat-platform, MBC, was forced to block the European footprint for viewers after the European-Union has reprimanded Nilesat.